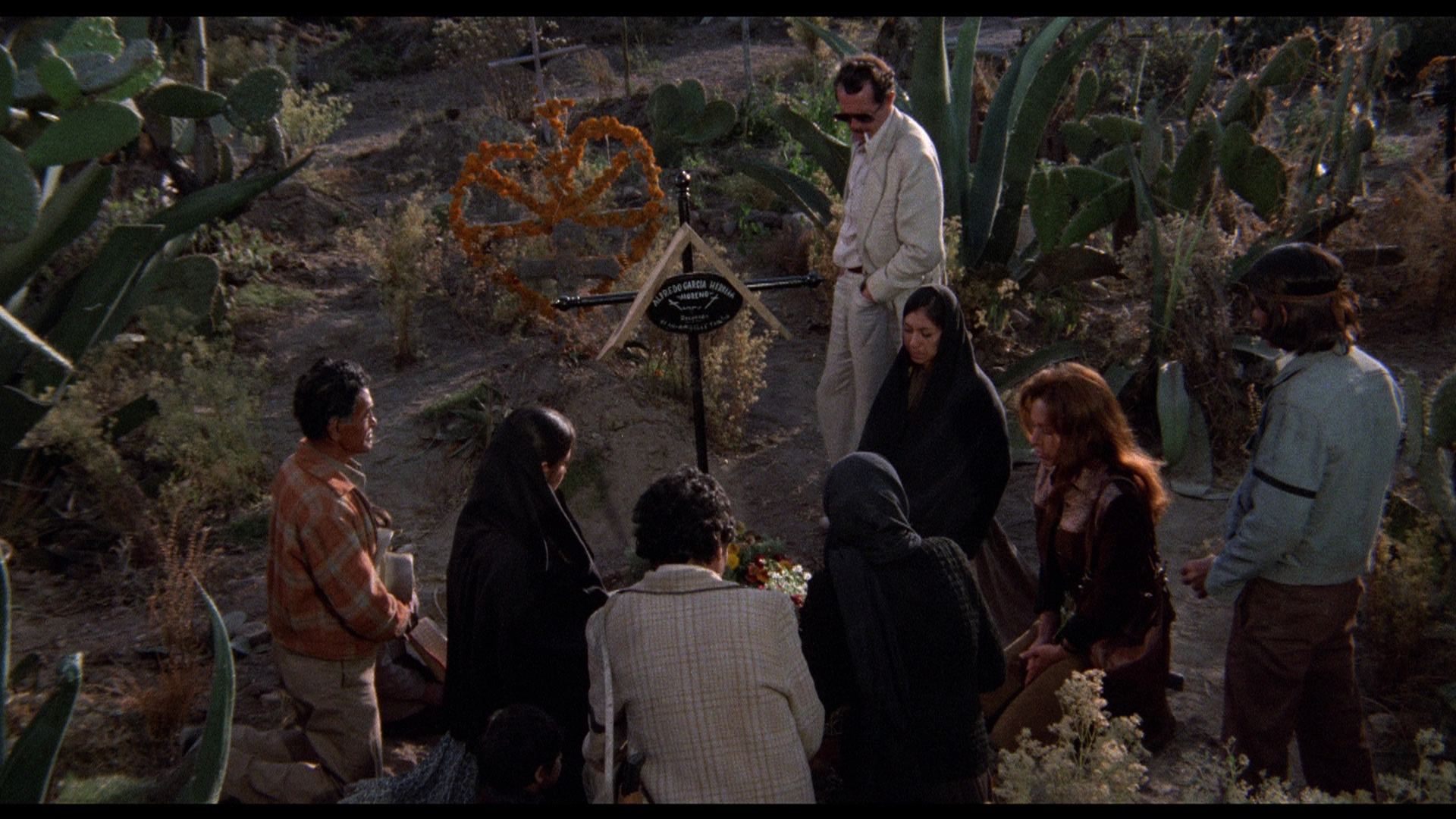 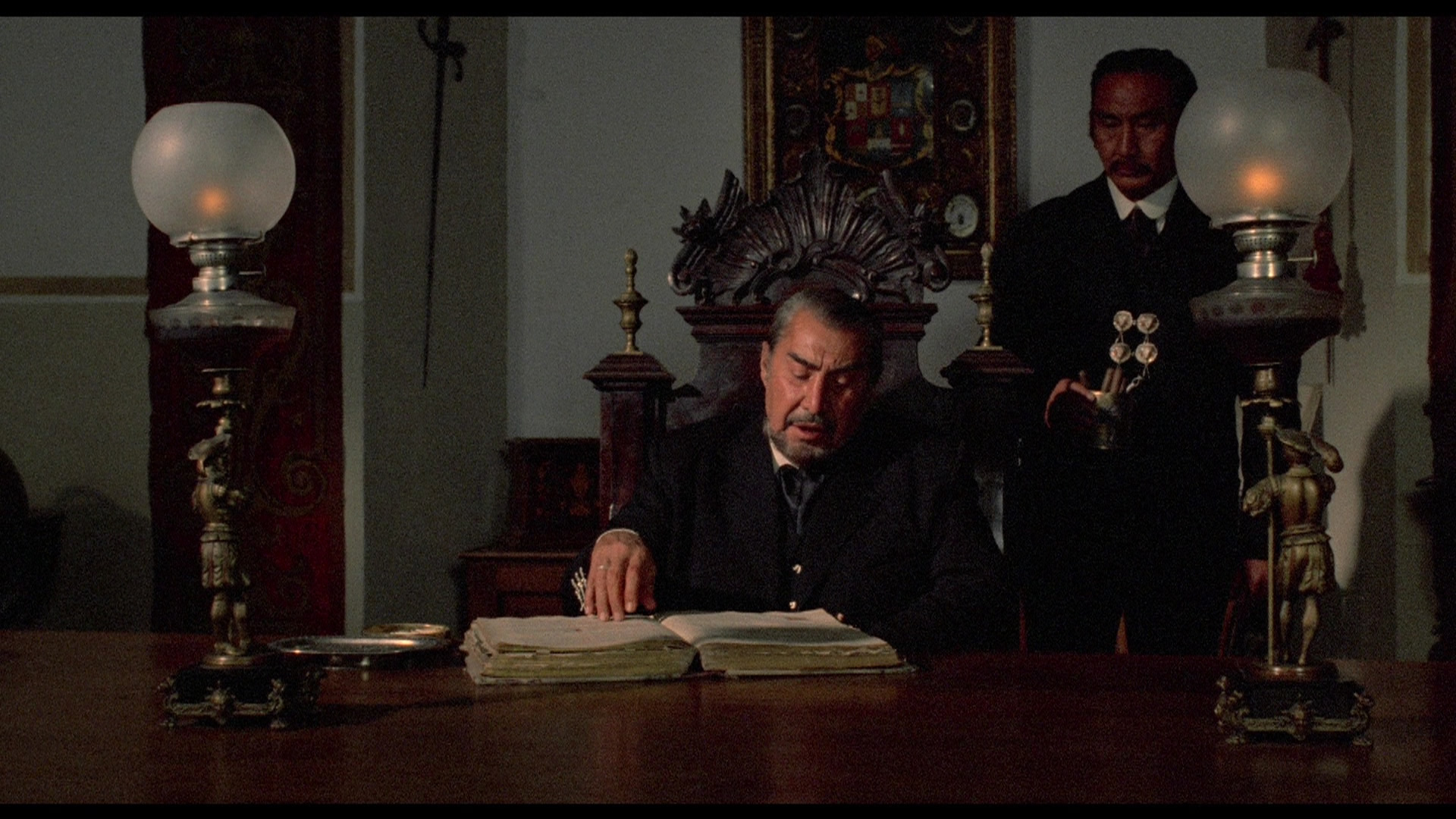 After riding into the '70s on a high note after the release of his 1969 masterpiece The Wild Bunch, director Sam Peckinpah seemed to be a shining, very violent light in the new permissive world of New Hollywood cinema. That mostly came to pass with acclaimed films like The Ballad of Cable Hogue, the vicious Straw Dogs, and the Steve McQueen hits Junior Bonner and The Getaway, but then things started to go south with studio tampering and his personal excesses leading to problems with Pat Garrett & Billy the Kid. Then by 1974 the critics had their knives out in force when Peckinpah headed to Mexico to make Bring Me the Head of Alfredo Garcia, his final collaboration with Warren Oates and a perceived fall from grace due to its hostile reception and indifferent audience response. However, time proved to be very kind to the film, which has steadily risen in esteem and is now considered one of the director's most fascinating works and the closest he ever got to making a Gothic horror movie.

After his daughter winds up impregnated by the title character, violent Mexican gangster El Jefe (Fernandez) puts out a million dollar bounty to have the head of Alfredo Garcia brought to him. That tempting offer brings bounty hunters Sappensly (Webber) and Quill (Young) to a Mexico City teeming with corruption where they cross paths with Bennie (Oates), a brothel pianist and bartender they bribe for any tips about Alfredo's whereabouts. Bennie decides to take advantage of the circumstances and enlists hooker Elita (Vega), who knows that 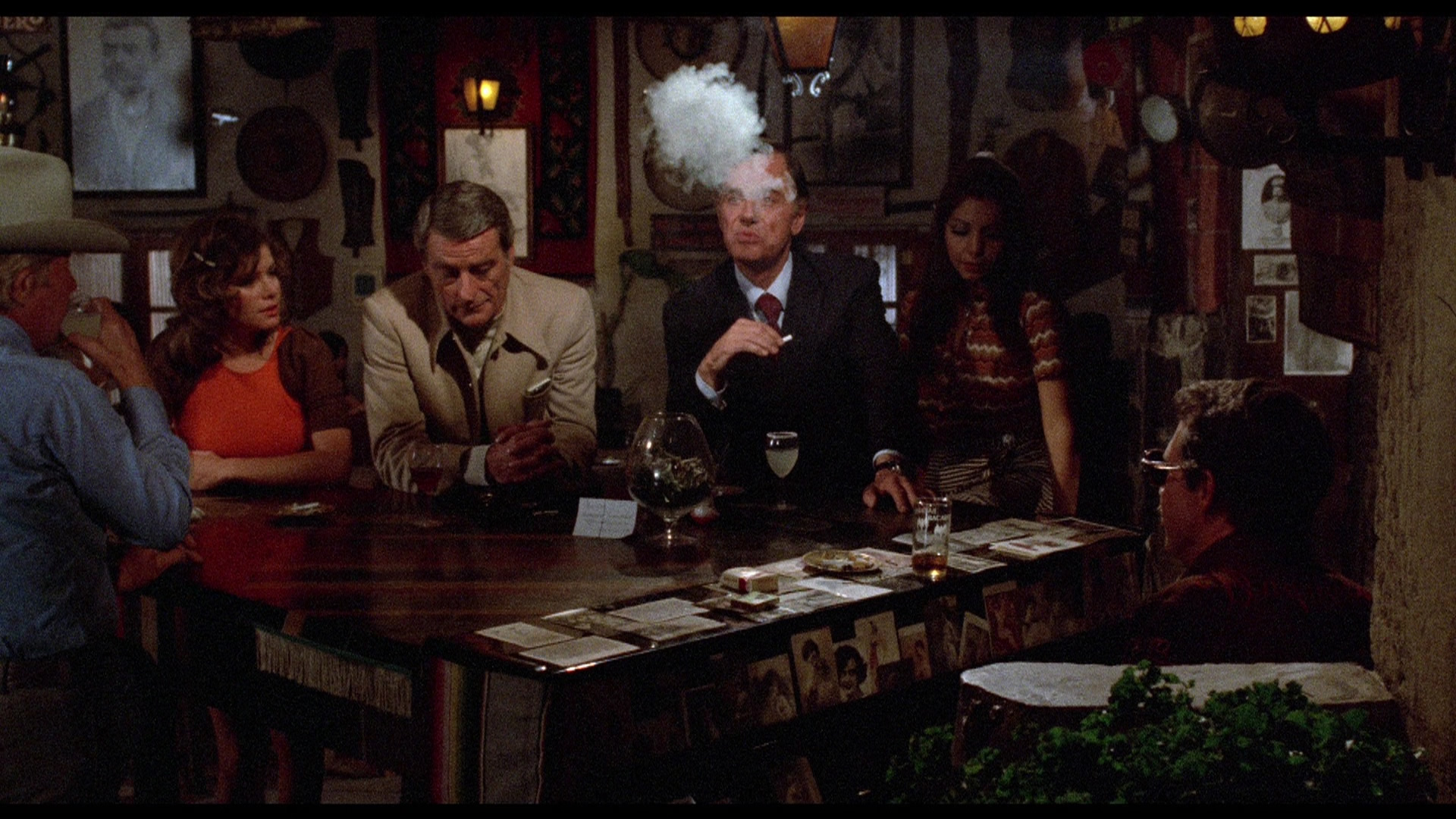 Alfredo is in fact already dead and buried. Some questionable deals lead Bennie and Elita on a bizarre road trip to separate Alfredo's body from his head, which of course doesn't go remotely as planned as Bennie escorts a decaying severed head in a bag across Mexico. 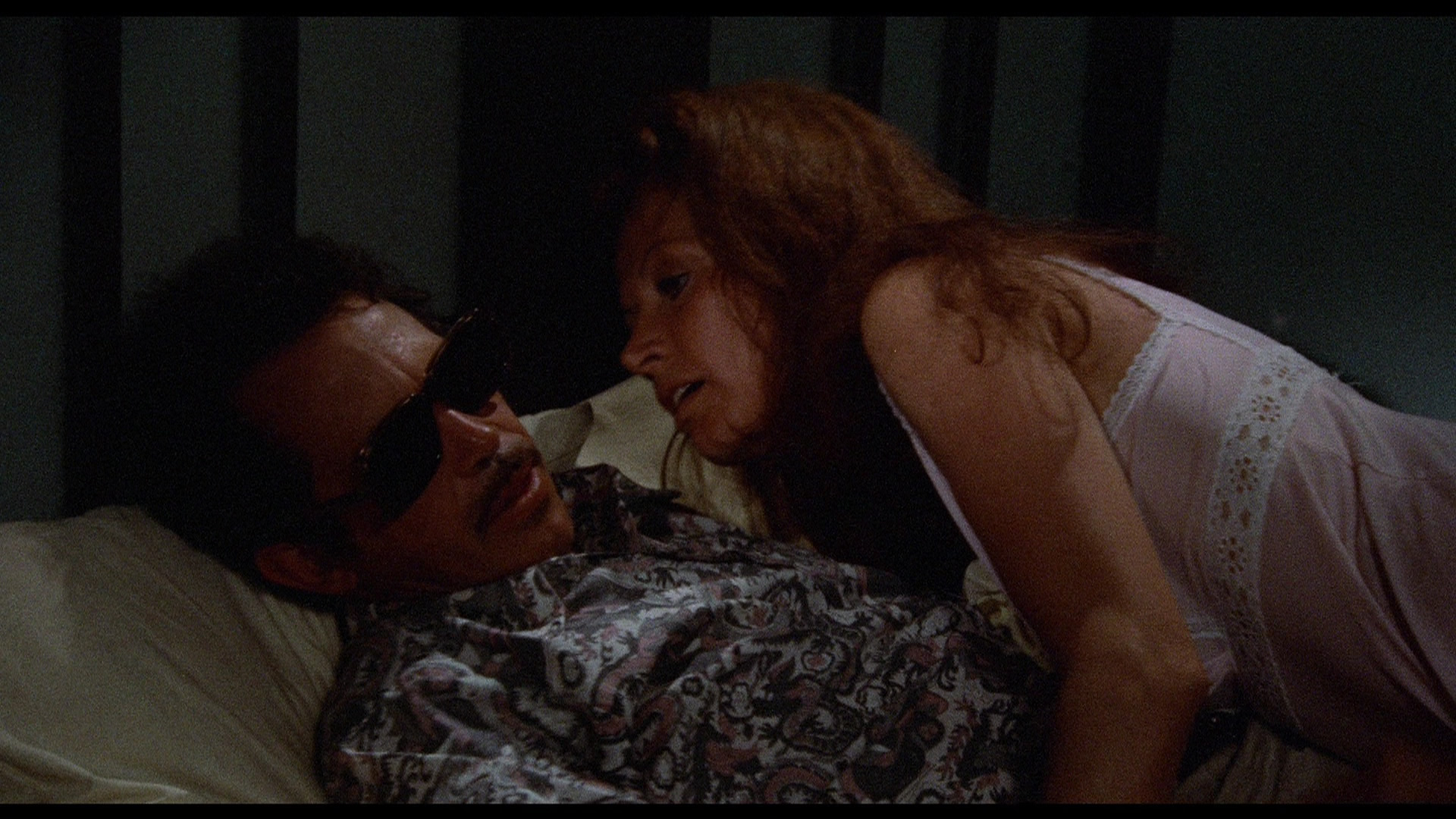 As grotesque and outrageous as it sounds on paper, Peckinpah's film has a darkly comic and poetic edge that keeps it compelling now over four decades after its release. Swigging tequila and delivering one-sided conversations with a dead man's head, Oates has rarely been better and makes the most of a juicy role guaranteed to turn off most mainstream moviegoers. Everyone else is just as game for the project, which even shoehorns in a fun cameo for Peckinpah's leading man in his prior film, Kris Kristofferson. It also features a rich and accomplished score by the great Jerry Fielding, who scored almost all of Peckinpah's major films from The Wild Bunch onward. (Both men would also meet premature deaths, sadly enough.)

After a handful of DVD releases in the U.S. and abroad, Peckinpah's film bowed on Blu-ray in Europe in a string of okay but flawed editions in Spain, Germany, and France, the latter faring worst thanks to its imposed French subtitles and interlaced presentation. Twilight Time bowed the film in the U.S. on Blu-ray in a pair of editions, first in 2014 and again as an Encore Edition in 2016. Both editions are culled from the same solid MGM transfer premiered on its MGM HD channel with extras consisting of an isolated score track, an audio commentary with writer-producer Gordon T. Dawson and label head Nick Redman and a second audio commentary with film historians Paul Seydor, writer Garner Simmons, David Weddle, and Redman (recorded for the MGM DVD back to back with their one for Junior Bonner). The 55-minute documentary "Passion & Poetry: Sam’s Favorite Film" features colleagues and friends including Vega, Chalo Gonzalez, Kristofferson, Dawson, assistant and Peckinpah companion Katherine Haber, and Simmons recalling how the film came about and the director's love affair with Mexico that flourished during its production. Simmons returns for "A Writer’s Journey," a 26-minute broader look at his background and how his working relationship with Peckinpah came about under such unique circumstances (starting with a fateful phone call), working from an idea the director had been pitched and nurtured to fruition. The 6-minute "Promoting Alfredo Garcia" features 6 minutes of posters, stills, and other PR odds and ends from around the world, followed by six TV spots and the original theatrical trailer. The Encore Edition also adds a good new 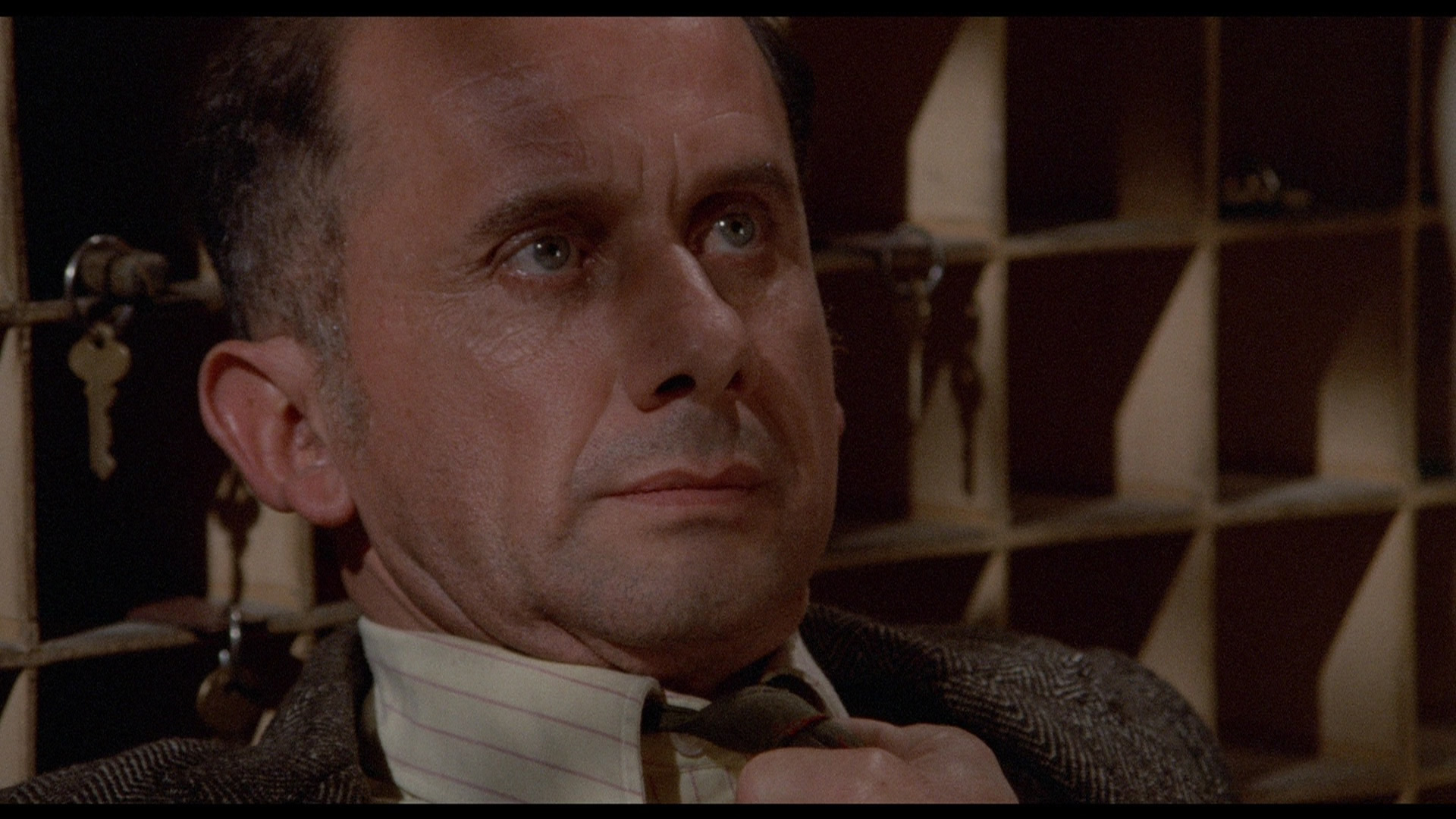 audio commentary with assistant to the director Katy Haber and film historians Paul Seydor and Redman, which remains unavailable anywhere else. 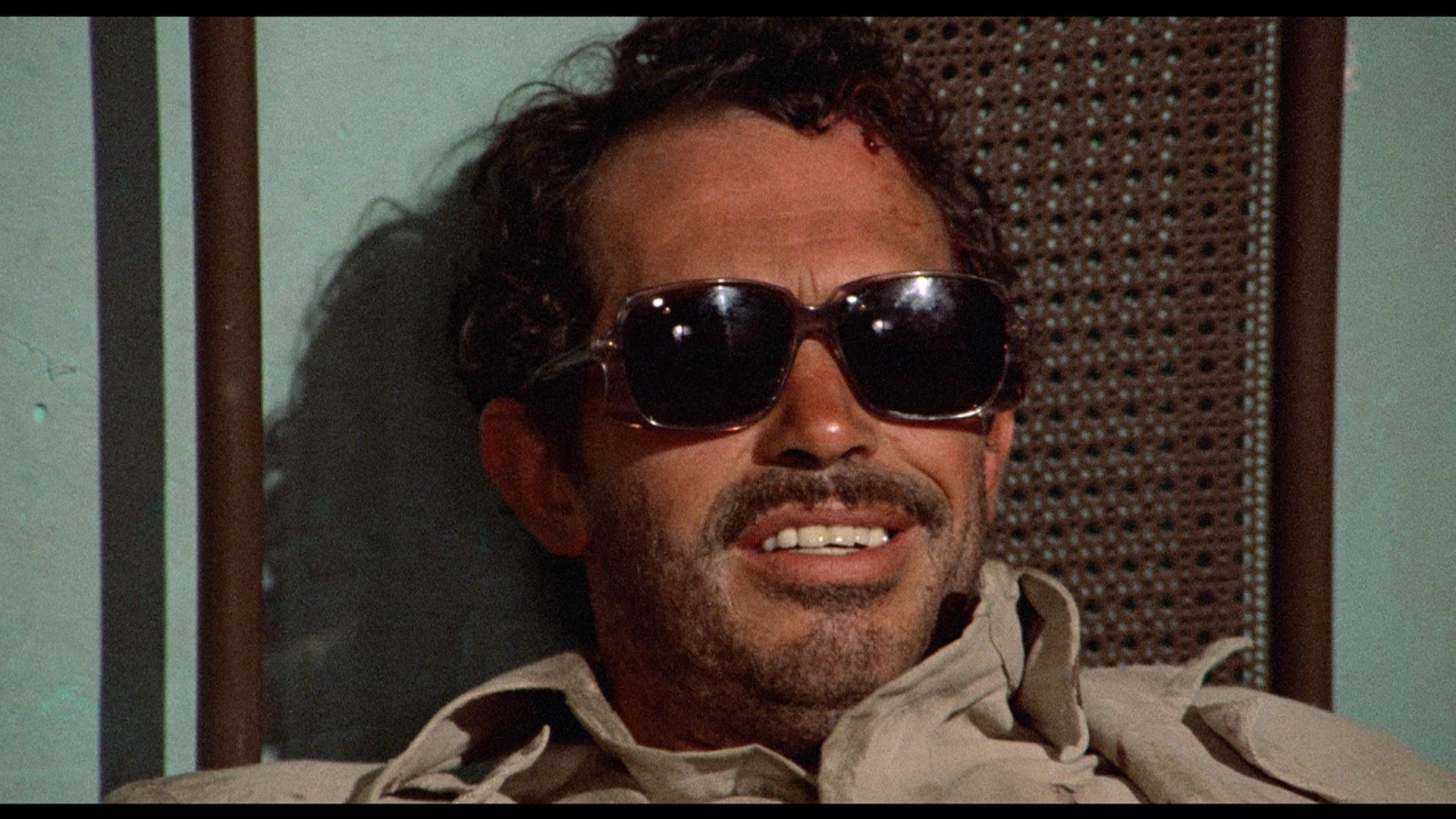 In 2017, Arrow brought the film to UK Blu-ray with a few new wrinkles of its own. The earliest Redman and scholars commentary and theatrical trailer have been carried over here, but otherwise it's a totally different edition. The big draw here of course is what's touted as a "brand new 4K restoration from the original camera negative produced by Arrow Films exclusively for this release," and indeed, it looks quite a bit different and richer with deeper blacks and more natural film grain with a more generous and skillful encoding wringing a nicely cinematic texture out of the entire film. Whites are also toned down considerably and less blown out, which results in a more pleasing appearance. The older transfer was no slouch, but this is definitely a nice uptick in quality. (Frame grabs seen here are from the Arrow release, but you can compare to the older transfer by clicking here, here, or here.) The framing is identical. The original English mono audio is presented with optional English subtitles. A new audio commentary has been added with Stephen Prince, author of Savage Cinema: Sam Peckinpah and the Rise of Ultraviolent Movies, which takes a dense dive into the film's placement within Peckinpah's filmography and its status as a kind of mission statement against the studio system that he felt was no longer workable. The superb 1993 documentary Sam Peckinpah: Man of Iron by Paul Joyce makes its UK video debut here (a shortened version popped up on Criterion's DVD of Straw Dogs), with interview subjects including James Coburn, Kristofferson, Monte Hellman, Ali MacGraw, James Robards, L.Q. Jones, and more covering the director's wild, bizarre, and famously individualistic career as well as the circumstances that led to his early end. It's worth noting that this is the full 94-minute broadcast version of the doc versus the 82-minute one seen on home video. The 47-minute "The John Player Lecture: Sam Peckinpah" features an audio 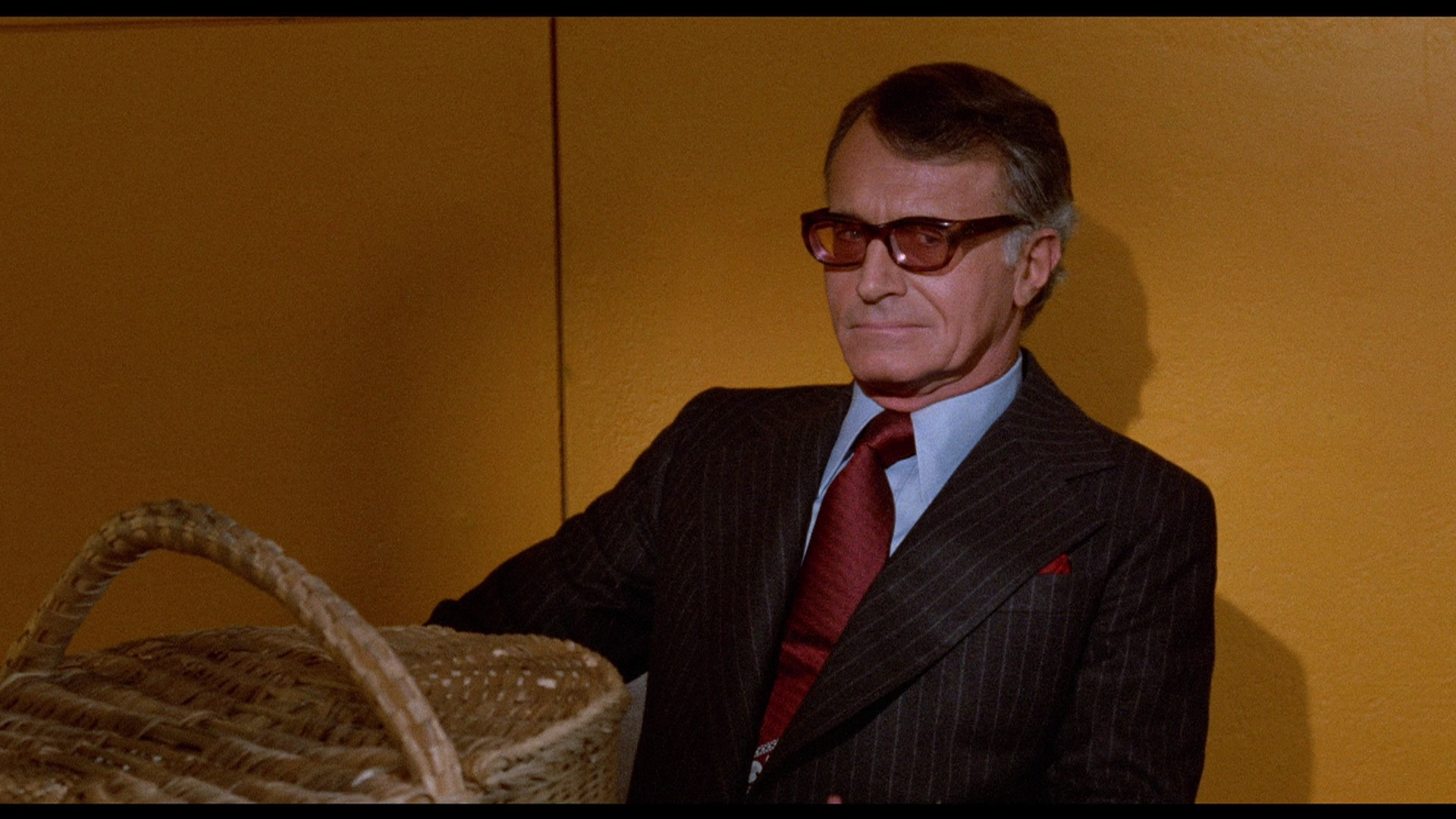 Q&A with the director at the National Film Theatre with a discussion of his work beginning with an analysis of the opening of Straw Dogs and working through some of the more indelible images from his major films. In outtake footage from "Man of Iron," 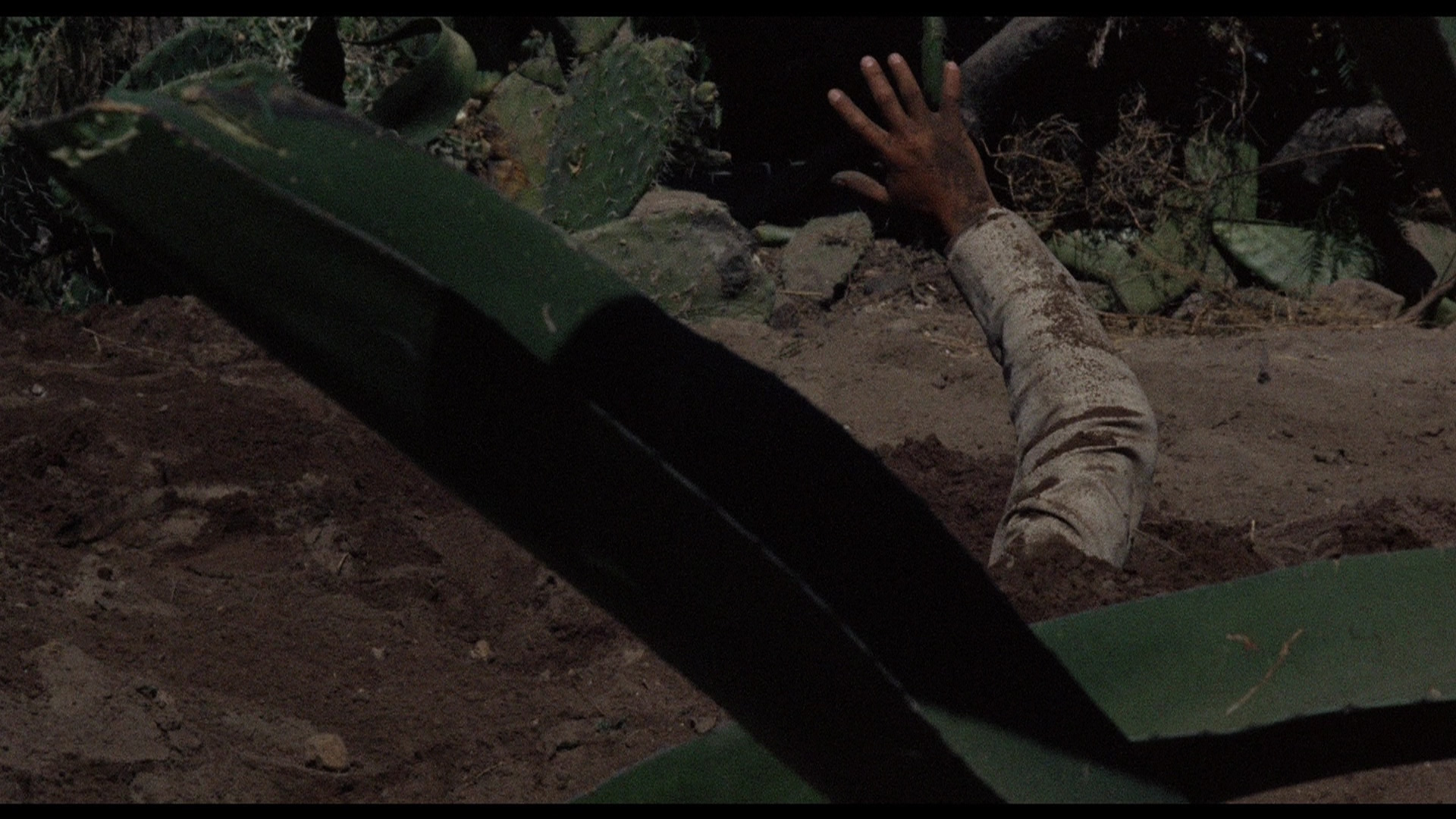 Kristofferson performs four songs connected to Peckinpah live on his guitar: "One for the Money," "Sam's Song," "Slouching Toward the Millennium" and "Sunday Morning."

The limited edition pressing also features options of new artwork by Peter Strain and the original poster art, plus a booklet with an essay by Alexandra Heller-Nicholas and vintage Peckinpah interviews and articles. However, the biggie in the limited edition is a second Blu-ray containing Joyce's new "director's cut" of Sam Peckinpah: Man of Iron, which clocks in at a whopping 204 minutes(!) with a new video intro and greatly expanded interviews salvaged from the original tape masters saved in his collection. A new interview with David Warner (who was in two Peckinpah films) is also a nice, welcome addition. If that weren't enough, that second disc also packs in a ton of raw interview footage separated by participant (with optional video intros for each by Haber) including R.G. Armstrong (30 mins.), Jason Robards (27 mins.), James Coburn (39 mins.), editor Garth Craven (20 mins.), Dawson (31 mins.), L.Q. Jones (42 mins.), Kristofferson (36 mins.), Ali MacGraw (31 mins.), Hellman (30 mins.), Haber (51 mins., including a crazy bit about Susan George and a body double), producers Michael Deeley (9 mins.) and Daniel Melnick (41 mins.), cousin Bob Peckinpah (18 mins.) showing off Peckinpah mountain, writers Alan Sharp (30 mins.) and Jim Silke (50 mins.), satirist and Peckinpah buddy Mort Sahl (32 mins.), property master Bob Visciglia (19 mins.), Warner (42 mins.), bar owner Tom Runyon (4 mins., hanging out with MacGraw), Joyce (8 mins.), and an additional new "closure" segment with a touchingly frank Haber (8 mins.). Needless to say, this extra disc is pretty much worth the price tag all by itself.