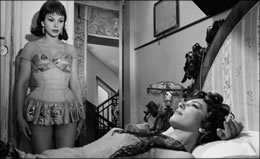 After their brothel is shut down due to stricter ordinances, four of the healthiest-looking prostitutes in Rome decide to embark on a new career path by opening a restaurant with the aid of a shady affiliate, Ercoli (Gora), who pockets a chunk of the profits while the women covertly continue their old business out of sight. The most motivated of the four, Adua (Signoret), also thinks she might have found a future with the flawed Piero (Mastroianni), but life still has a few surprises in store for them. 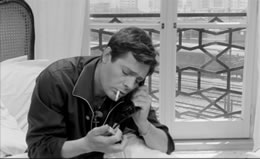 The postwar movement of Italian neorealism had largely petered out by 1960 when this film came out, and even its patron saint, director Vittorio de Sica, was about to bid it farewell that same year with Two Women. Little seen outside its native country despite a fleeting US theatrical run five years after completion, Adua and Her Friends (Adua e le compagne) comes from lesser-known director Antonio Pietrangeli (who drowned at the age of 49) and also functions as a sort of stepchild of neorealism, mixing star power from the period with a slice-of-life depiction of society's castoffs trying to make a better life for themselves. Its humanism towards its flawed characters makes the film still work today, and its focus on female characters as strong and resourceful even in the face of utter ruin anticipates the feminist movement that sent ‘70s Catholic-influenced Italian cinema into a frenzy of sex comedies with wildly mixed messages. It would be interesting to see how male viewers at the time reacted to this film, as its depiction of every male character is considerably less than flattering even when you take the crime-influenced setting into account. 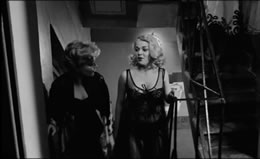 The four actresses who form the core of the story are all quite strong, and most of the performers appear to be acting in Italian this time out rather than the mishmash of overdubbed English and Italian that characterizes most '60s films. Also noteworthy is the jazzy and bold score by Piero Piccioni, who would become one of the country's most audacious and noteworthy composers within the following decade.

Released on DVD in Italy without any other language options (after a VHS version from Minerva), Adua and Her Friends will be a complete revelation to many viewers in its English-subtitled American home video debut from Raro's American branch. (A no-frills DVD also appeared in the UK in 2004.) The anamorphic transfer from the original negative is excellent throughout and thankfully framed carefully at 1.66:1, which keeps all the compositions intact without lopping off any excessive headroom. The Italian mono track is also fine, with optional English subtitles. It doesn't appear an English dub for this film was ever created. Extras include a video intro by Italian film writer and historian Maurizio Poro who talks a bit about the director and the significance of this film, the Pietrangeli short “Girandola 1910” (made as part of the anthology film Amori di mezzo secolo), a text bio and filmography for the director (also present in the liner notes booklet), an image gallery, and a printed essay by Bruno Di Marino along with briefer critical notes by Lara Nicoli and Antonio Maraldi.