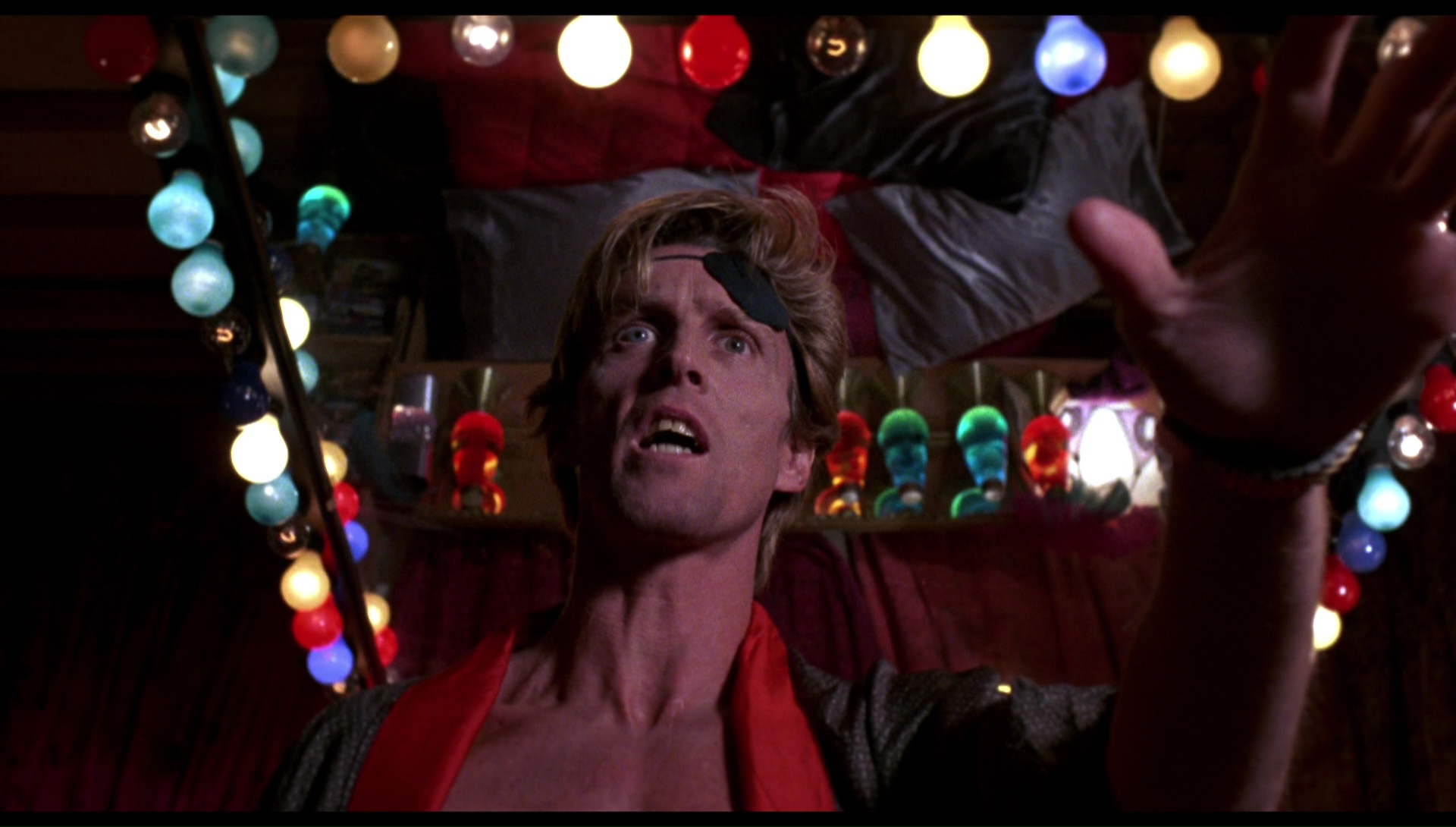 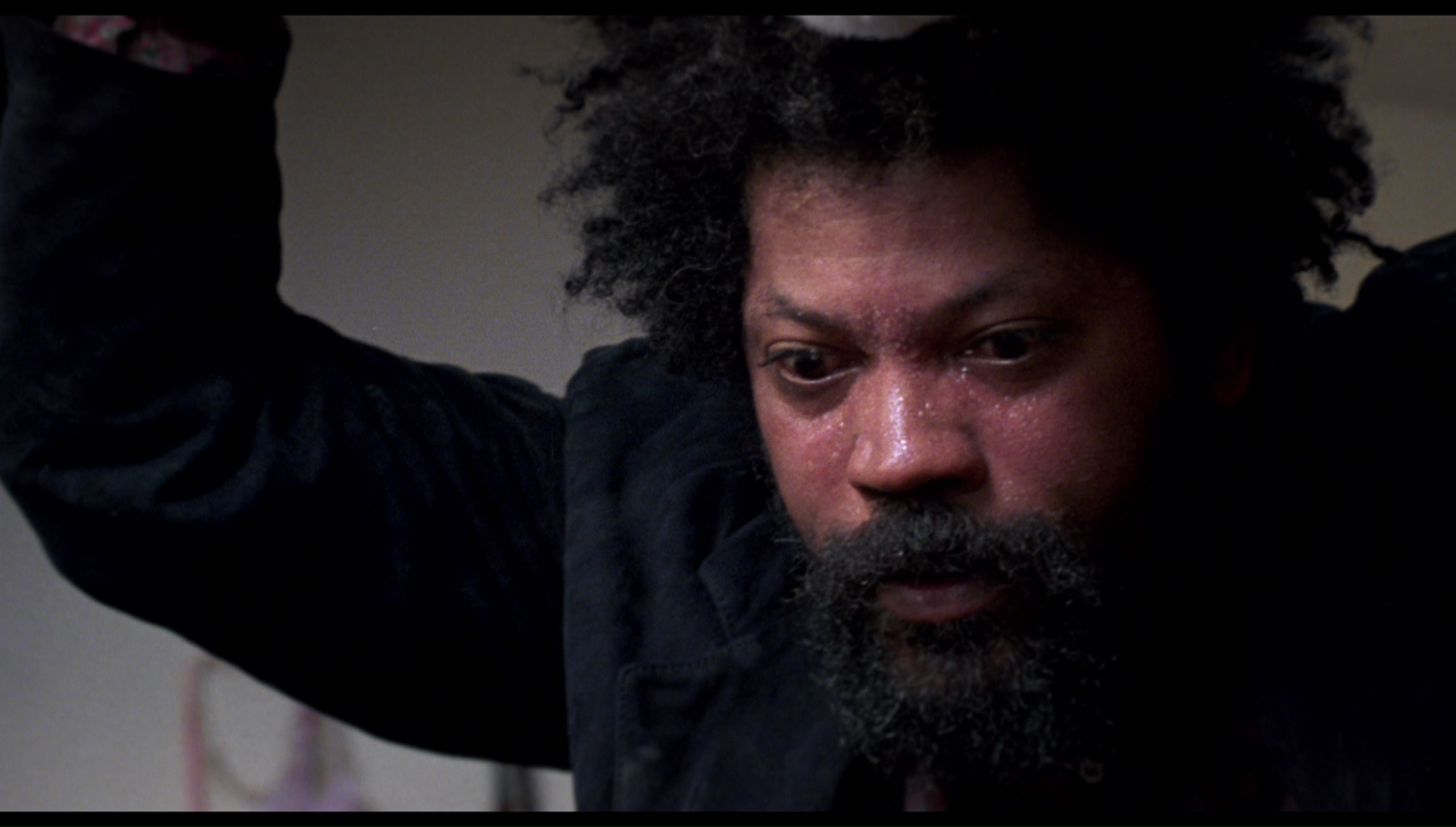 In 1974, one of the greatest writers in crime fiction made the switch from writing westerns and bouncy heist and backwoods capers to hardboiled fiction when Elmore Leonard penned two novels back to back, Mr. Majestyk and 52 Pick-Up. The former was filmed with Charles Bronson quite quickly, while the latter eventually fell into the hands of Cannon Films' Golan and Globus. They filmed it first in 1984 as The Ambassador with Robert Mitchum, Ellen Burstyn, and Rock Hudson, directed by J. Lee Thompson. This version retained the plot basics but shifted the action to Israel with a healthy dose of political intrigue thrown into the mix.

Never ones to waste a property, Cannon brought in John Frankenheimer two years later to shoot the book more faithfully under its original title. The original Detroit setting was shifted to Los Angeles this time, putting the film in line with the wave of '80s L.A. noir films like To Live and Die in L.A., Body Double, and 8 Million Ways to Die, to name just a few. By this point Elmore Leonard was becoming a hotter property (despite the failure of 1985's Stick), and by the following decade he would hit the big time with adaptations including Out of Sight, Get Shorty, and Jackie Brown. 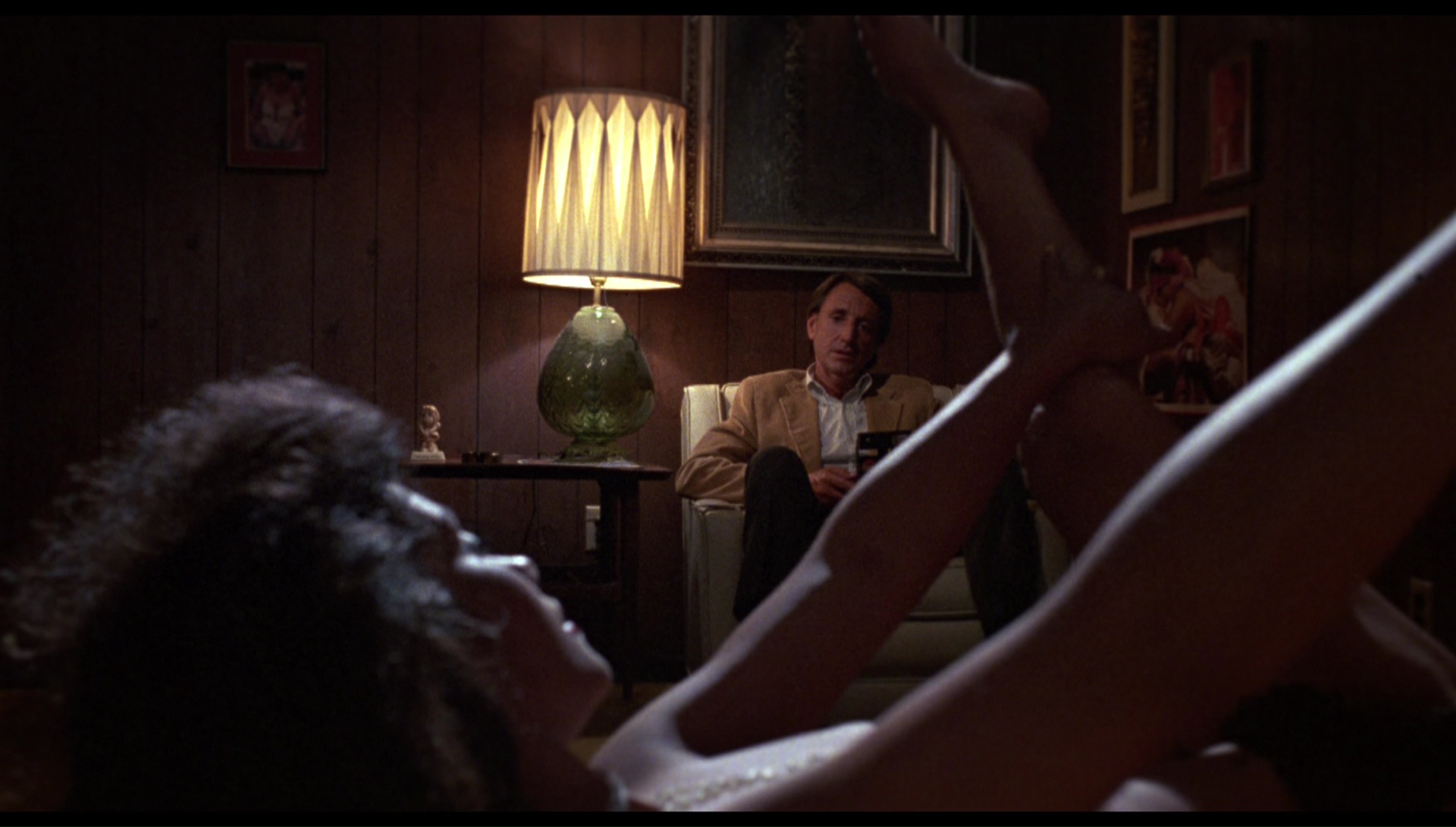 Roy Scheider headlines 52 Pick-Up as Harry Mitchell, a big-time industrialist having a fling on the side with Cini (Preston) unbeknownst to his wife, Barbara (Ann-Margret), who's running for city council. An incriminating videotape and a blackmail threat turn Harry's life upside down, but that's just the beginning when his refusal to pay ends up leading to Cini's murder on camera with Harry framed for the crime. 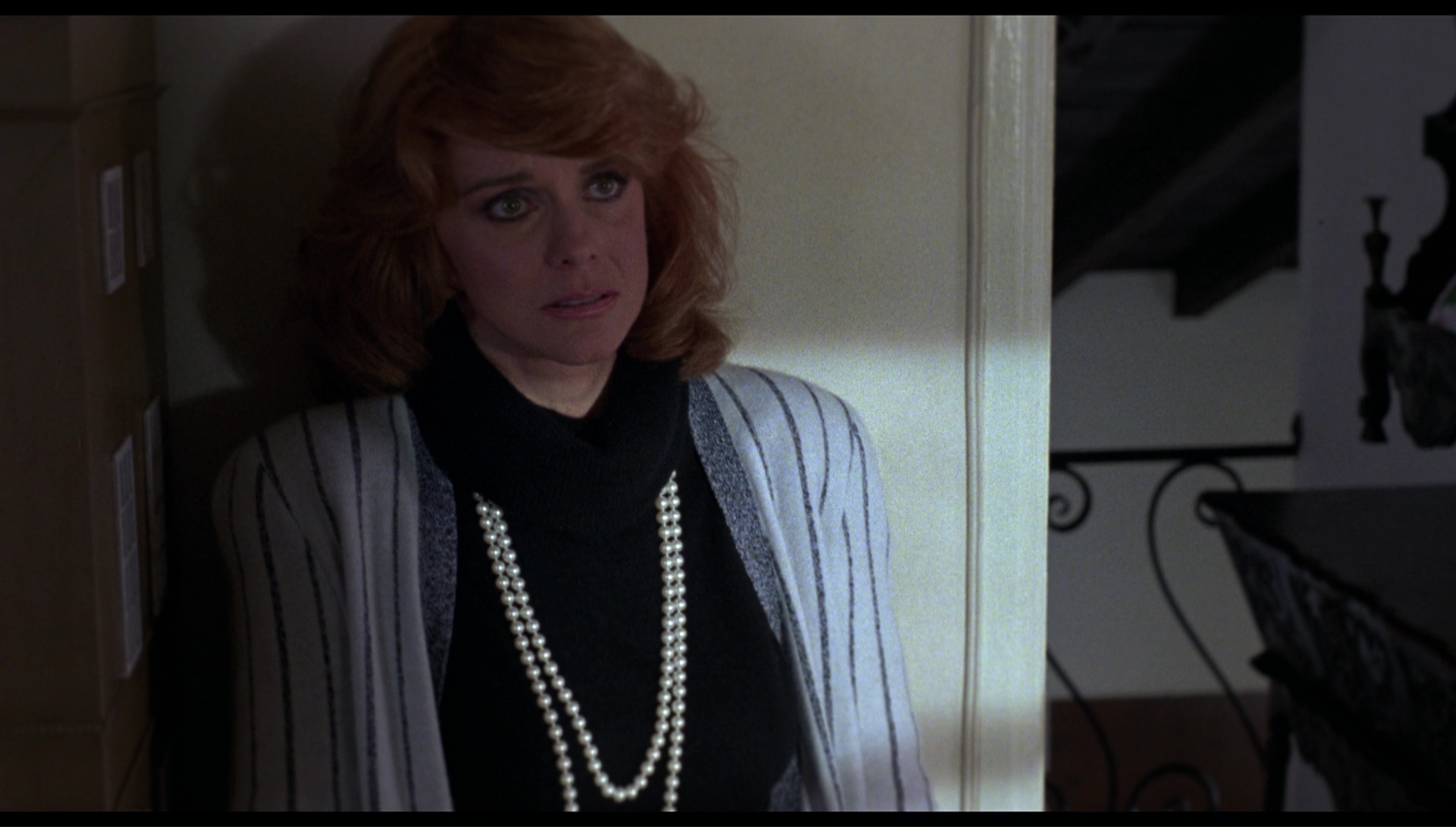 Still strangely underrated and often dismissed upon its release due to the Cannon factor, this is perhaps the best of Frankenheimer's bumpy mid-'80s period with this sandwiched in between The Holcroft Covenant and Dead Bang. He drenches the entire film in a dark, menacing, debauched atmosphere with even the more well-appointed locations feeling corrupt; interestingly, the film also peppers its porn party scene with real adult stars of the time including Amber Lynn, Herschel Savage, Ron Jeremy, and Sharon Mitchell, which feels pretty odd now in a film being distributed by MGM. Scheider does a fine job with his slow-simmering performance, which requires a lot less action than the gun-toting poster art implies; he doesn't really get to cut loose until the last 15 minutes or so, which makes the impact all the greater. Ann-Margret also acquits herself well in what could have been a nothing role (she has a great confrontation 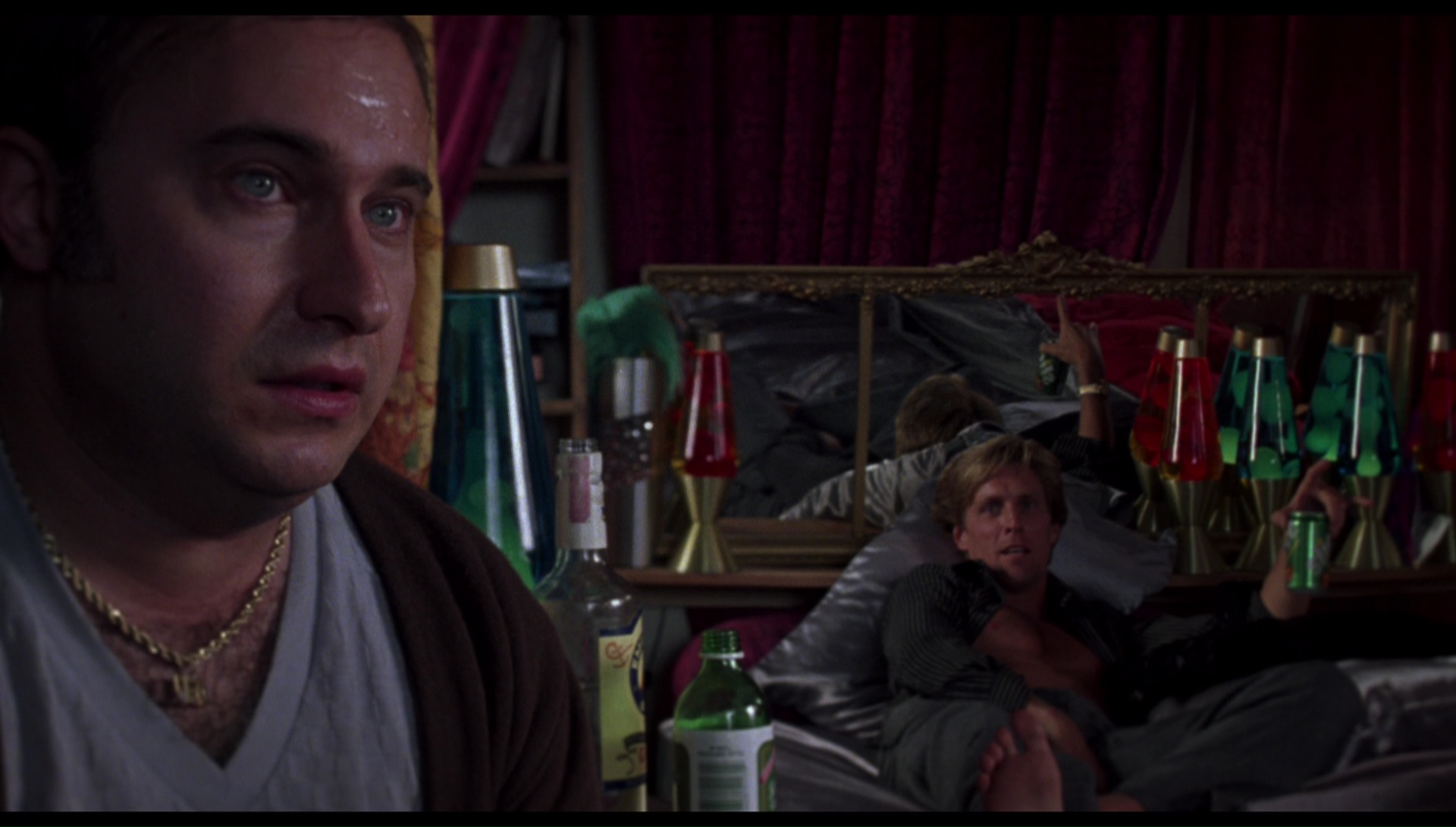 scene with Scheider), but above all the film really goes to Glover and Williams as a pair of very memorable villains who get the film's wildest, most unexpected moments.

With its reputation steadily increasing in recent years, 52 Pick-Up was a natural for Blu-ray as part of the MGM library. Kino Lorber brought it out first in the U.S. in 2015 (following MGM's various international 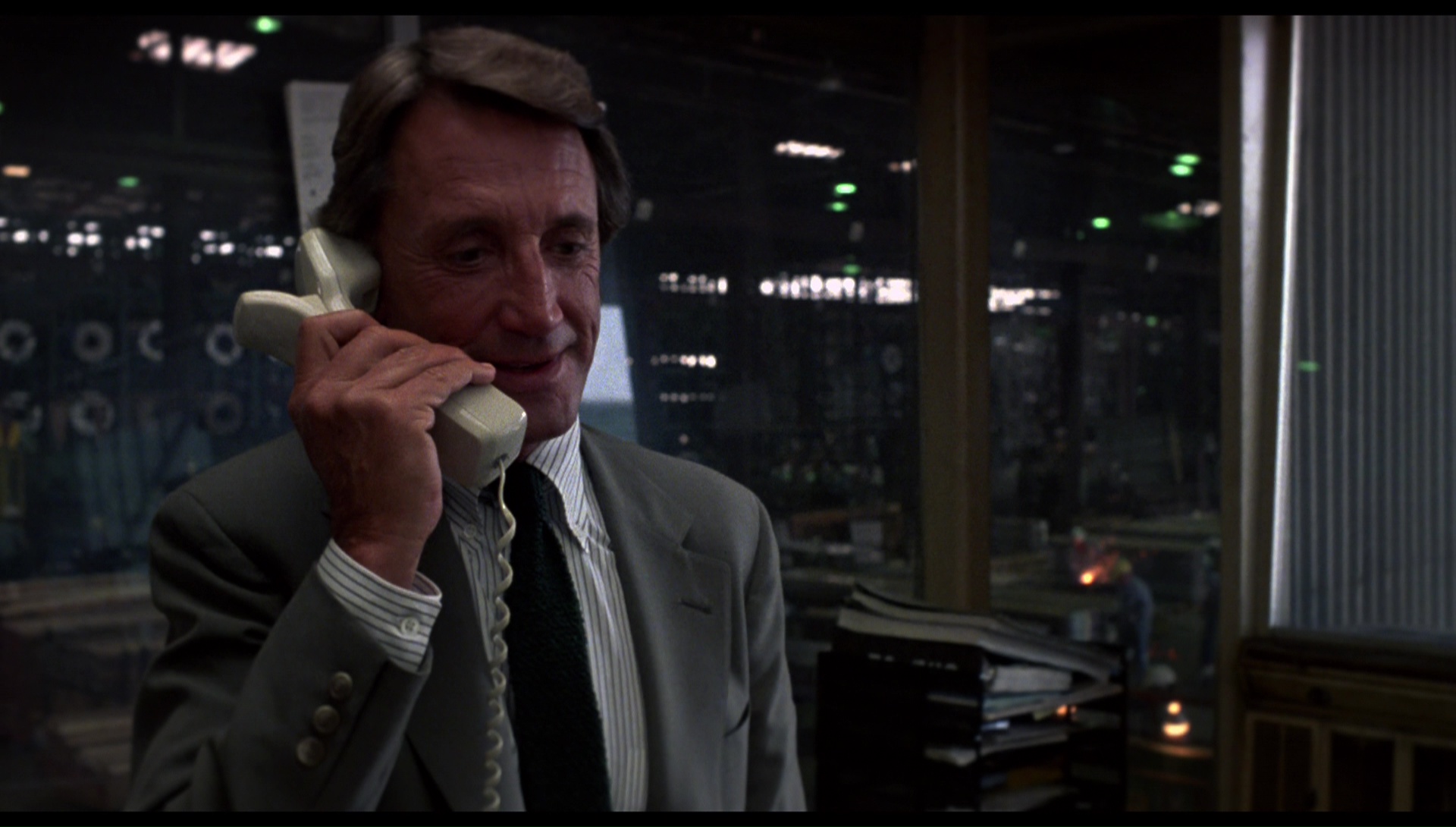 DVD releases) with a solid HD transfer supplied by the studio but with zero extras. A much more stacked edition from Arrow Video via Blu-ray in the U.K. carries over the same HD presentation (with a somewhat beefier bit rate) and a nice, bass-heavy LPCM English mono track with optional English subtitles. A really info-packed new audio commentary by Glenn Kenny and Doug Brod covers many bases including the process of adapting Leonard, the various names at the sex party, the popularity of L.A. location shooting at the time, and plenty more. The 12-minute "Hardcore Cameos" featurette with the two commentators plays a game of "spot the porn star" elaborating further on that big scene, explaining how their early careers at Video Review enabled them to be familiar with the '80s adult video field and the often unclad cameos throughout that scene. (They get most of the details right except for citing Jeremy's nickname "The Hedgehog" as coming about after this film.) The theatrical trailer is finally included in pristine quality (where the heck has it been all these years outside of very bad YouTube copies?), while the packaging also features reversible art options with the original poster art and a new design by Reinhard Kleist, plus (in the first pressing only) a liner notes booklet by the Badlands Collective